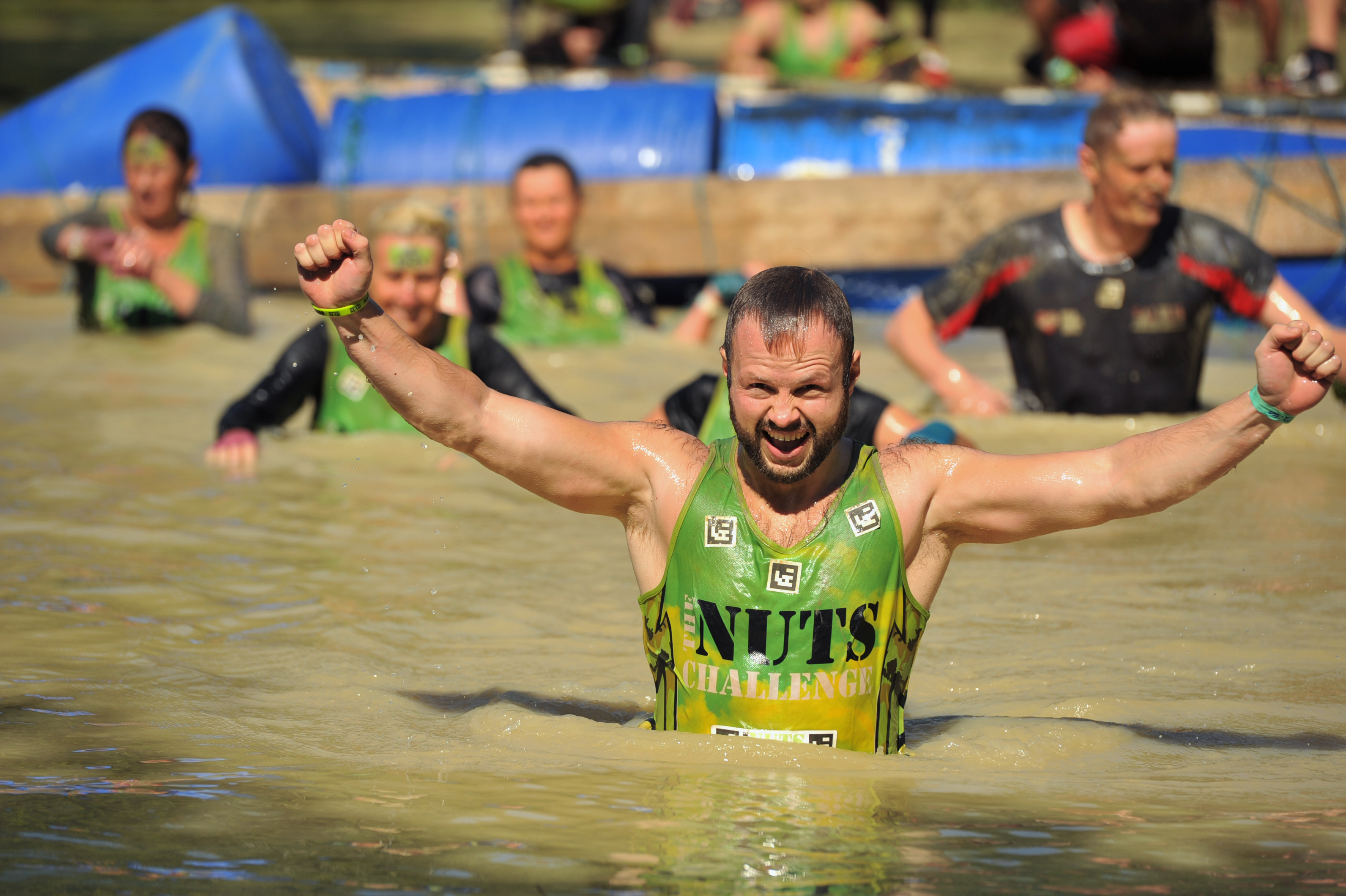 There were days when boys were boys and masculinity was respected. Well, not anymore.

Recently, American Psychological Association (APA), the body that sets professional standards for people employed in the field of psychology in the US, has defined traditional masculine personality traits as “toxic”. And those are not the traits that feminists quote in defense of the phrase “toxic masculinity”. No, the listed traits don’t include violent or otherwise inappropriate behavior towards women.

What APA defined as “toxic” are, in fact, the traits that have been traditionally respected, especially in men. Those include stoicism, competitiveness, dominance and aggression.

APA is obviously wrong and these guidelines are most probably motivated by unprovable political opinions rather than probable scientific facts. In fact, it does use the word “patriarchy” in its guidelines, which is a political rather than a scientific term.

However, I will not focus on why these new guidelines disqualify APA from being considered as a serious scientific organisation. What I will focus on is showing you how developing these traits will greatly improve your career as an IT professional in general and as a software developer in particular.

Of course, it is obvious that the traits outlined by APA as “toxically masculine” apply to women as much as they apply to men. So, my article is not addressed only to a particular gender, but tells you how these traits can benefit an individual of any gender.

The word “stoicism” originates from Stoic philosophy, which is a worldview that originated in ancient Greece.

One key aspect of stoic philosophy was the ability to keep your emotions under control. Therefore, these days, the word “stoic” often refers to someone who can control their emotions well and not necessarily a person who lives according to the philosophy of Stoicism.

The ability to control one’s emotions is precisely what APA considers to be toxic. However, there are many examples that can be though of where controlling one’s emotions is not only useful, but is actually vital.

Imagine what would happen if a surgeon that is about to operate on you loses his cool and explodes because of the fear. Imagine what would happen if a soldiers on a battlefield who have just lost their comrade would vent their anger out by indiscriminately shooting at the closest people they can find. Imagine if a leader of your country would not turn up at a planned international summit purely because he has too much mental baggage to deal with and is tired. Or even worse, if the US president tells the leader of North Korea exactly what he thinks during the negotiations about nuclear disarmament. All of these are examples of what it’s like not to keep your emotions under control.

And you don’t have to be the US president to rip full benefits of Stoicism. As well as turning you into a mature individual that people want to be around, it will tremendously benefit your career as an IT professional.

Unfortunately, IT professionals in general and software developers in particular are known for their lack of emotional intelligence. In the industry, it is not uncommon for people to tell you exactly what they think, without giving any consideration to how you may take it.

This is one of the reasons why software companies often separate developers from the customer-facing staff. This is also one of key reasons why developers feel uncomfortable asking for a raise. After all, approaching your boss to ask this question is scary.

It goes without saying that being able to ask for the raise despite the fear would be very beneficial indeed. Unfortunately, in the corporate world, you rarely get a raise or promotion without asking for one.

However, imagine how things would be if you, as a developer, can master your emotions. You may think that the idea that your colleague has proposed is really dumb, but you explain it to him in a constructive and polite manner. Soon, you will be the person that everyone will want to be around and your boss won’t be shy to introduce you directly to clients.

As well as the above, keeping your emotions under control will help you go through those tight deadlines and critical bugs. As everyone else will be losing it, you will calmly go through the required tasks, earning respect of the bosses and the clients alike.

It goes without saying that almost everything good you see around you is a direct result of competitiveness.

You are using Google to search the web, because it has outcompeted all other search engines. And it is constantly improving precisely because the likes of Bing and Yahoo are still out there.

An average car today has more cool features than a luxury car had a decade ago. And this is because car manufacturers force each other to innovate.

Even the process of life itself undergoes competition by natural selection. The species are forced to either become better suited to their environment or die. Therefore, competitiveness is as natural as it gets.

In the world of software development, competitiveness can do three things for you:

The first goal can be achieved by striving to be better in your chosen craft than your colleagues, or to at least be significantly better tomorrow than you are today.

This will prompt you to spend extra time to study and practice new technologies or get in-depth knowledge of the ones you are fairly familiar with already. This will motivate you to learn proper design patterns and other best practices instead of just solving the problems by applying the first solution you can think of. As the result, you will continuously get better and so will your code.

It has been proven that gamifying the software development process makes it way more interesting. This is why many IT companies follow agile process and use item backlogs with slick user interfaces and scoring system.

If you are following a system such as Scrum, the Sprint Planning process is used to decide how many items are included in a Sprint and who these items are assigned to.

Once the planning is done, you can proceed in two ways. You can just attempt to tackle each item without any sense of urgency, or you can apply the spirit of competitiveness and aim to finish them all before the end of the Sprint, as has been planned. The former will be boring, while the latter will help you to focus and will give you a sense of achievement if you succeed.

There is also a way how being competitive will help you to get promoted. And I’m not talking about competing against your team mates for that promotion. This is an example of a genuinely toxic competitiveness. What I’m talking about is the understanding that each IT organisation acts as an entity that competes with other organisations.

It is extremely unlikely that what your company does isn’t already being done by other companies. Therefore, if you can find time to look at what’s going on inside your niche, you will have much better ideas of how your own products can be improved.

The ability to see the bigger picture is what your bosses will appreciate. And you will only have to demonstrate this few times for them to move you higher up, where looking at the bigger picture becomes a part of your day-to-day job.

One of the most frequent complain that tech workers make is that it’s often not the smartest idea that gets implemented, but the one that gets proposed by the loudest person in the room. And the same often applies to promotions. It’s not the best, but the loudest, that get promoted.

These complaints are well founded. And this is precisely why being dominant is extremely important, both for your personal career and for the good of your company.

Yes, your idea may be the best. But it doesn’t really matter if someone with a much inferior idea is persistent. If you back down and let that person dominate, rest assured that it’s his idea that will be implemented, no matter how dumb it is.

If you, however, stand your ground, the other person will eventually back down or simply run out of arguments to support their idea. So, as well as having the best idea, you can also become the person with the loudest voice.

The positive side of being dominant doesn’t stop there. There are sometimes situations where things could be done better than they are done now. This is when you can seize the opportunity and show initiative to improve the situation without anyone prompting you to do so.

If your superiors are any good, such effort will not go unnoticed.

Oftentimes, the word “aggression” is associated with something negative, such as the willingness to cause excessive physical damage to someone.

However, aggression doesn’t have to be about hurting other people. Aggression is nothing more than concentrating all of your energy on achieving a particular goal in the quickest possible time.

Yes, willingness to hurt other people is an example of aggressive behavior, but so is pulling all the stops to get an urgent software release out of the door.

And even when aggression is applied to human interactions, it doesn’t necessarily need to imply the willingness to harm.

A degree of aggression is necessary to assert your dominance in the situations where being dominant is the best course of action. This is where aggression is the tool that will help you not to back down when backing down would be detrimental to your project.

However, in these situations, there can be such thing as too much aggression. And guess what will help you not to overstep this line? That’s right – stoicism! This is how we went the full circle.

The recent guidelines on “toxic masculinity” published by APA have reminded us that even the organisations that present themselves as fact-based and scientific are vulnerable to political influences, just like any other organisations. On the other hand, these guidelines have reminded us what personality traits are responsible for the success of Western civilization and individuals within it.

Of course, the traits of stoicism, competitiveness, dominance and aggression can have negative sides. However, if used correctly, they can provide many benefits to the individuals that have them and the society that these individuals live in.

I can attest that since I have started to consciously practicing these behaviors, my life have turned for the better. And this doesn’t include only the material rewards that I got in the process. Being more masculine made me much more happy then I was before. This goes against what APA has suggested should have happened.