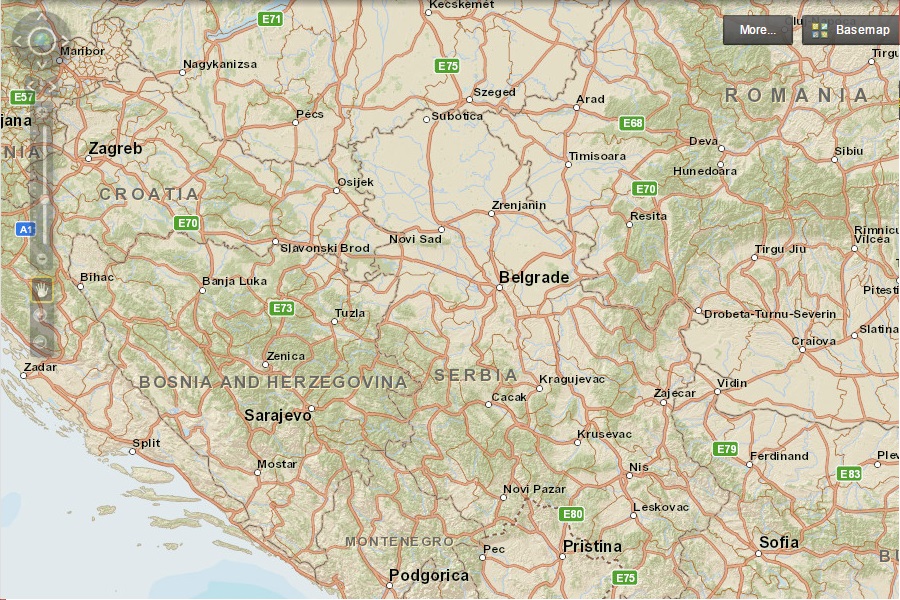 Geographic information systems (GIS) is a type of a software capable of displaying maps and performing a variety of complex spatial computational operations. This type of software is used very widely, yet majority of people, even the IT professionals, have never heard of it. So today we will show you what GIS is, how it is applied and what it consists of.

The popular examples of GIS

To introduce geographic information systems to the audience that have never of them, it is necessary to start with everyday consumer-focused examples rather than a specialized professional ones. So, the examples of GIS that everyone is familiar with are Google Map, Bing Map and the software in your satnav.

The common theme of these examples is that all of them are capable of pretty complex data processing operations as well as showing nice-looking maps. If the software is capable only of the latter, it is classed as cartographic software and not GIS.

It is GIS capabilities that allow you to accurately calculate the route between two points, open location-specific street-level images and view the traffic density. Other potential capabilities of the software are endless.

Advanced computation becomes possible because there is more to the software that meets the eye. As well as the maps that you see, there is also quite a lot of data behind the scenes organised in a specific manner.

The core components of any GIS software

Although the number of supported data types very based on the platform, every GIS software utilizes three main data types, which are as follows:

Linear data is usually represented by so called polylines, which are lines that can have multiple nodes in the middle, not just the beginning and the end, so they can be any shape. So, only one line would be needed to represent a single river, even if it flows in a zigzag.

What makes the complex computation possible is an attribute table associated with every layer of vector data on your map. Each unit (polyline, polygon or point) is associated with a row of data in the table.

The content of the table may vary depending on the application. For example, each road on your satnav map will have attributes, such as speed limit, one way marker, category (e.g. motorway, A-road etc.) and so on. Connecting all of these roads together and using their attributes in conjunction with each other would enable the software to calculate the direction between two points and accurately estimate the journey time.

Some GIS platforms, e.g. ArcGIS, only allow storing one shape type of vector data in a single layer, while other platforms, e.g. MapInfo, allow mix of shapes associated with the same attribute table, so points may share data directly with polygons.

This type of data consists of equally sized cells, such as image pixels. Indeed, the most popular use of raster is to display pixilated images on the map. Earth view, which shows images taken by satellites on your Google Map, is an example of a raster.

The main difference between GIS raster data and a regular digital image is georeferencing. Geographic coordinates are applied to the extent of a raster layer, so it can perfectly align with all other GIS data.

Displaying surface images is not the only application of raster. For example, a radar scan of the surface made by an aircraft would produce data where cells which, unlike in a digital image, would contain elevation values instead of color codes.

This data is very similar to the attribute data associated with vector features, but this time it is purely tabular and doesn’t have any geometric features associated with it.

Tables can be linked to from vector attributes to enrich vector data. For example, a road network in either satnav or Google Map may link to a dynamically generated table of current traffic speeds on various roads.

The most well-known types of GIS software mentioned in this articles have limited uses, although you can do a lot with them. Professional GIS platforms, on the other hand, have applications that are virtually unlimited. For example, a grocery retailer may use them to determine the best locations for new supermarkets based on a census data, a civil engineering firm may use them to model extent of potential flooding etc..

The main difference between consumer-grade and professional software is that in the latter would allow read and write access to the data at all levels of hierarchy, so it would be up to the operator to define what is included in the data, how the data is presented and what computational tools would non-technical enterprise users have access to. Because of this, it usually takes quite a bit of time to become proficient in professional-grade GIS software.

Most of the advanced GIS platforms don’t come cheap; however there are some very good open-source varieties for those who want to learn more about the technology. The beast examples by far are GeoServerand QGIS. Both can be downloaded and installed on any computer free of charge and both have extensive documentation available.