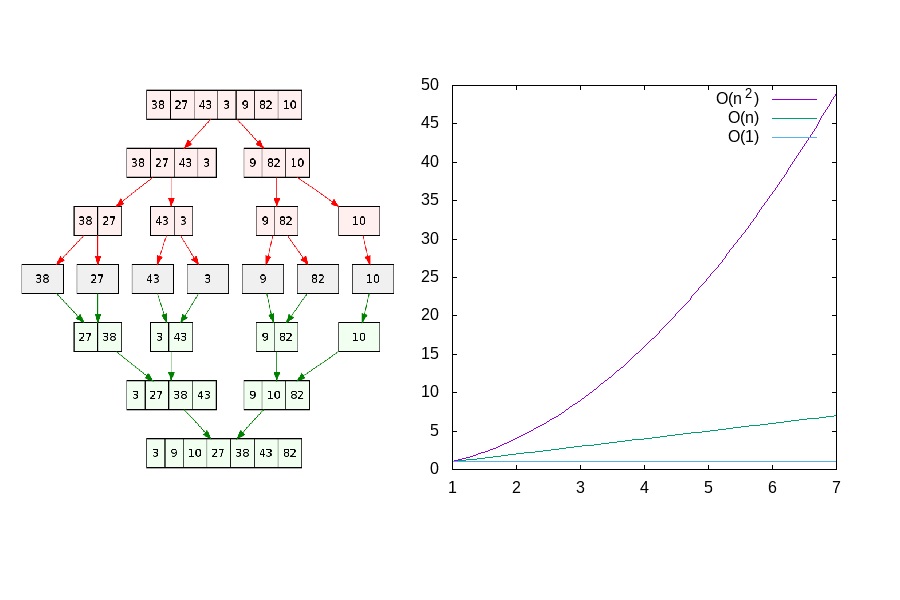 As someone who is interested in becoming a software developer, you have probably heard that it’s important to learn algorithms. Or maybe you have already started your programming career and haven’t yet encountered a situation where knowledge of algorithms would be beneficial to you. Either way, you might be wondering why would you need to study algorithms.

This is precisely what I will address today. Studying algorithms is important, but the reasons why it’s important may not seem obvious. Today, I will show you what those reasons are.

And let us start with dispelling a common misconception – that, allegedly, knowledge of algorithms is absolutely critical if you want to be a professional software developer.

Software development consists of many specialist areas. And, just like there are many areas for which you aren’t required to learn maths beyond school level basics, there are plenty of areas that don’t require you to know any algorithms at all.

But despite this fact, I don’t want to give people a false impression and encourage aspiring software developers to be mediocre. Whether learning something specific is necessary or not, becoming a software developer requires hard work and dedication. You will still absolutely have to study a lot if you want to have any meaningful success in software development career.

So here are some reason why algorithms aren’t specifically needed in many software development niches:

1. Most algorithms are already implemented by core libraries

If you are only working with high-level languages, such as JavaScript, Python, C#, etc., most algorithms that you would typically be taught in a computer science class are already implemented by core libraries of the language. For example, if you want to sort your array, there will already be a method called sort(), or equivalent, available to you. If you want to search your collection for a specific value, there will also be a method that you can call. And all of these methods will take just a simple set of parameters and execute a well optimized version of the algorithm.

2. Some niches don’t even have problems solvable by algorithms

Let’s take the role of front end developer as an example. If that’s your niche, then you will be required to know how to create really nice and engaging user interfaces. You will need to know how CSS, DOM and JavaScript interact with each other. You will need to know various tricks, such as animations. But you are less likely to encounter complex calculation problems that back-end developers are likely to encounter.

Of course, certain types of UI would require complex calculations. Any UI with a graphical designer functionality would be a good example of this. But even in this case, you would be able to use in-built methods rather than implementing your own algorithms.

Well, those people who have built the engines for the database management systems absolutely needed to implement a whole range of classic sorting, searching and other types of algorithms for those queries to be executed in the most efficient way possible. But you don’t have to know those details if you are building databases and not database engines. You can perform your job reasonably well without having a detailed knowledge of what algorithms your database engine implements under the hood.

So, unless you are working on programming languages, building computational engines from scratch, developing communication protocols or simply writing any low-level code that executes close to hardware, you probably won’t explicitly write a single algorithm that you have learned in your computer science class.

Here is some personal anecdote. As a self-taught developer, I haven’t explicitly learned a single algorithm until I was three years into my professional career. And I was able to get quite far in my career without knowing any.

But don’t get me wrong. The fact that you don’t necessarily have to learn algorithms doesn’t mean that you shouldn’t. There are still good reasons why learning algorithms will significantly benefit you, even if you have chosen a niche that doesn’t specifically require you to know any. This is why I eventually started to study them and this is why you should too.

What is so useful about algorithms

So no, you don’t necessarily need to remember how to do bubble sort and merge sort. But after spending a good amount of time practicing solving problems with algorithms, you will start to intuitively understand the fundamental principles behind them. This will allow you to solve a large variety of problems in an efficient manner, even though your solution will be bespoke and won’t fully adhere to any classic algorithms from a computer science class.

In my career as a software developer, even though I never had to write any of the classic algorithms from scratch, I have encountered many situations where understanding how algorithms work has helped me to come up with an efficient solution.

A good example of it was a problem that I needed to solve with real-time railway data. A the software I was working on would ingest information about upcoming trains from a third-party feed. One of the core components of this data was a collection of objects representing the stations that the train would pass along its journey. Each of this object would include information like station code, estimated arrival and departure times, scheduled arrival and departure times and some other station-specific data.

The problem with this data was that sometimes stations were excluded from the collection. This applied to some, but not all, stations that the train moved through but didn’t call at. However, the system that I was building absolutely needed to know every station that the train passed through, along with the estimated time at which the train would pass each station.

I solved this problem by applying divide and conquer principle that I have learned from studying algorithms. The collection of calling stations would be iteratively traversed from both ends. So would be the reference data containing all stations along a particular route. This way, any stations missing from the list of passing stations would be determined and inserted into the data. And, because the traversal is happening both ways, the time at which the train is expected to pass the station would be interpolated efficiently and with a reasonable accuracy.

If I didn’t know any algorithms, I would still have come up with a solution. But my solution would probably not be as efficient. Perhaps, it would even be an acceptable solution if the system would have been expected to only deal with small volumes of data. However, since the system was being built to handle large volumes of real-time train data, any brute-force type of solution would not have been efficient enough to deal with it.

So, the take-away is, once you start working on large scalable systems, you will almost not be able to do your job as a programmer if you have zero comprehensions of algorithms.

Big tech would always asses your knowledge of algorithms

As well as teaching you how to think and giving you tools to solve your own bespoke problems in the most efficient way possible, algorithms are the only way to get employed by large tech companies, such as Amazon, Google, Microsoft and Uber. Every single one of these companies assesses your knowledge of algorithms during the recruitment process.

And the reason for it is simple. When big tech companies hire a developer, they often wouldn’t look to place the developer in a specific role. The candidate would usually be expected to be able to fit into any of a relatively wide range of roles. And in some of them, the developers are guaranteed to encounter problems where only algorithmic solution would be suitable.

But not all of these companies would want to know if you can tell the difference between bubble sort and merge sort. Amazon, for example, will give you some bespoke problems to solve during the interview. Those are precisely the kind of problems I’ve previously mentioned. You can’t solve them by just applying any standard classic algorithm, but you would require to use the fundamental principles of those to develop your own bespoke algorithms.

So, it doesn’t matter if you know many algorithms by name. Even if you forgot the proper name for, let’s say, binary search, you would still have a good chance of passing Amazon interview, as long as you’ve had a reasonable amount of practice with algorithms.

Basically, they don’t care how much academic knowledge you have. All they care about is whether you can solve complex problems efficiently.

Sadly, not all companies implement the same enlightened selection process as Amazon does. Some do indeed test your academic knowledge of algorithms. So, even if you are smart, there are companies that you can fail an interview at because there is a specific algorithm that you have either forgotten or never knew in the first place. This is known as algorithm lottery.

Usually, algorithm lottery type of selection is only done by smaller companies. Unlike Amazon, they don’t have resources to design a recruitment process that assesses candidate’s skills as objectively as possible. All they know that Amazon and Google ask about algorithms, so it’s just assumed that this is what needs to be done.

However, while most big tech companies asses knowledge of algorithms in a meaningful way, the companies that implement an arbitrary algorithm lottery are shooting themselves in a foot. You can often hear stories of exceptional candidates who got rejected simply because they got unlucky by being asked to describe an algorithm they don’t know. Likewise, plenty of otherwise horrible developers pass through these filters just because they happen to remember the specific algorithms they’ve been asked about during the interview.

So, you can now see that, while you can have a career in software development without explicitly studying algorithms, choosing to study them makes you much more effective in your job. And, if you want to have any chance at all of breaking into big tech, you absolutely must make yourself familiar with algorithms.

The most important thing about studying algorithms is not merely memorising them, but getting to understand the principles behind them. And to do so, you have to spend your time practicing algorithms to solve real problems instead of just reading about the algorithms.

And there are many good ways you can practice applying algorithmic solutions to problems. For example, you can register on HackerRank or Topcoder. But my personal favorite way is CodinGame. I’ve previously explained what I love so much about it.