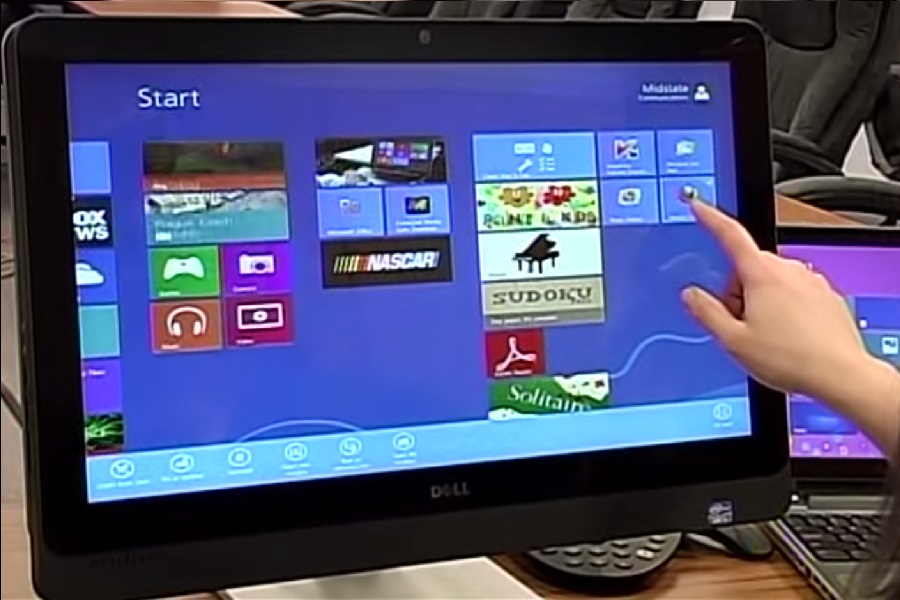 Ever wondered how the touch screen on your mobile device works? Have you ever been puzzled by the fact that some touch screens can be operated by any solid objects, while others can only be manipulated by fingers? Did you have experience of your phone screen acting erratically in cold weather? If so, did you worry whether your phone may get damaged? Today’s post will answer all of these questions.

There are two conductive layers underneath the screen separated by a very small distance. These layers make contact with each other, as a small pressure applied to a particular point.

This touchscreen technology is the cheapest and the screens of this type transmit only 75% of backlight.

This technology can typically be found on satnavs, printers, various terminals with limited functionality and some cheap or old smartphone models. This is why screen brightness on these devices is typically low.

This technology relies purely on pressure, so it can be operated by any object, as long as it makes contact with a particular point on the surface. The screen would still be operational, even if it’s dirty or covered by something.

Multi-touch technology is difficult to implement with this type of screens; this is why most devices typically don’t even have a scroll bar.

This technology relies on the screen being touched by an electrically conductive object, such as a human finger. The top layer of the screen stores an electric charge, some of which is lost when contact with a conductive object is made. Distance from horizontal and vertical axes is calculated based on strength of the lost charge.

By far, most of the smartphones and tablets use this type of screen technology. The screens of this type allow around 90% of backlight through, which is why a smartphone screen is normally brighter than a satnav screen.

As transmission of charge requires any kind of contact with the surface, what you often see is that the screen would respond even to the gentlest touch, unlike the resistive system, which requires some degree of pressure. The disadvantage of this is that when screen gets dirty, it may become unresponsive, as the deposit layer acts as a resistant barrier to electric current. This is also why these screens cannot be operated in gloves or by fingernails.

Multi-touch technology with this type of screen is well-developed. It is implemented by having the conductive layer in a form of a grid, so the coordinates of the contact are calculated in relation to the axes of a small section of the screen. This enables several grid cells to be interacted with simultaneously without impacting each other. Gesture control is also easy to implement, as it is easy to detect the movement from one cell to another.

IntelliTouch is an example of this. This technology works by sending acoustic waves across the surface of the screen horizontally and vertically. The point of touch is calculated by establishing where the waves are interrupted by a physical object.

This technology is primarily used on large screens, where the charge will be way too diluted for capacitive screens to identify the exact point of contact.

This technology can use clear glass cover on the screen, as the transmitters and sensors are placed on the screen’s edges; therefore the screen can transmit all of its backlight. However, multi-touch is impossible, as breaking the waves in several places would confuse the sensors. This is why this type of technology is often used on point of information terminals and is virtually never used on mobile phones.

The effect of cold weather on a touchscreen

The reason why a touchscreen becomes slow to respond in cold weather is because liquid crystals within it get gradually frozen. At certain temperature, all of them get frozen solid, so your screen will stop working altogether.

Screen is not the only component within the phone that gets affected by cold weather. For example, the liquid battery content also freezes, so it is common to see a low battery indicator, even when the battery is fully charged.

However, there is nothing to worry about. Experiments have shown that even cheap smartphone models would resume normal operation once they are warmed up. Even placing phones into liquid nitrogen did not destroy them, so you can be assured that even the harshest winter will not do any damage to your device.